There are a number of different cleanliness code standards, we will detail a few of the common ones here. 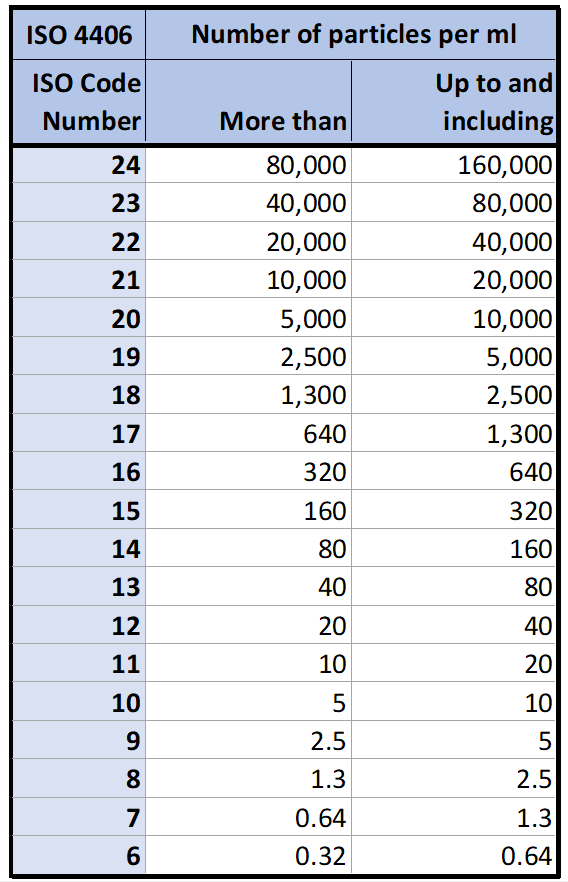 *An older version of the standard referred to particles >2µm/>5µm/>15µm. The change was due to a different calibration dust standard being used and was also designed to separate the 4-6µm range, as relevant to hydraulic systems with clearances around 5µm.

In NAS 1638 classification the code number refers to a maximum quantity of particles within a specific size class. Most users use a single code number based on the highest particle count in any of the size ranges. This standard is now considered obsolete, however it is still widely used.

SAE AS4059 Rev E Table is technically identical to ISO 11218. The below table refers to cumulative counts, with the different particle size ranges quoted for calibrations to different standard**. Results are presented in the format of A6/B6/C5/D5/E4/F3. 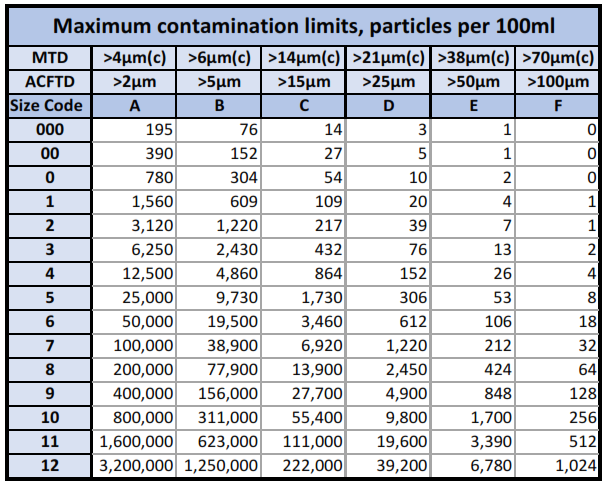